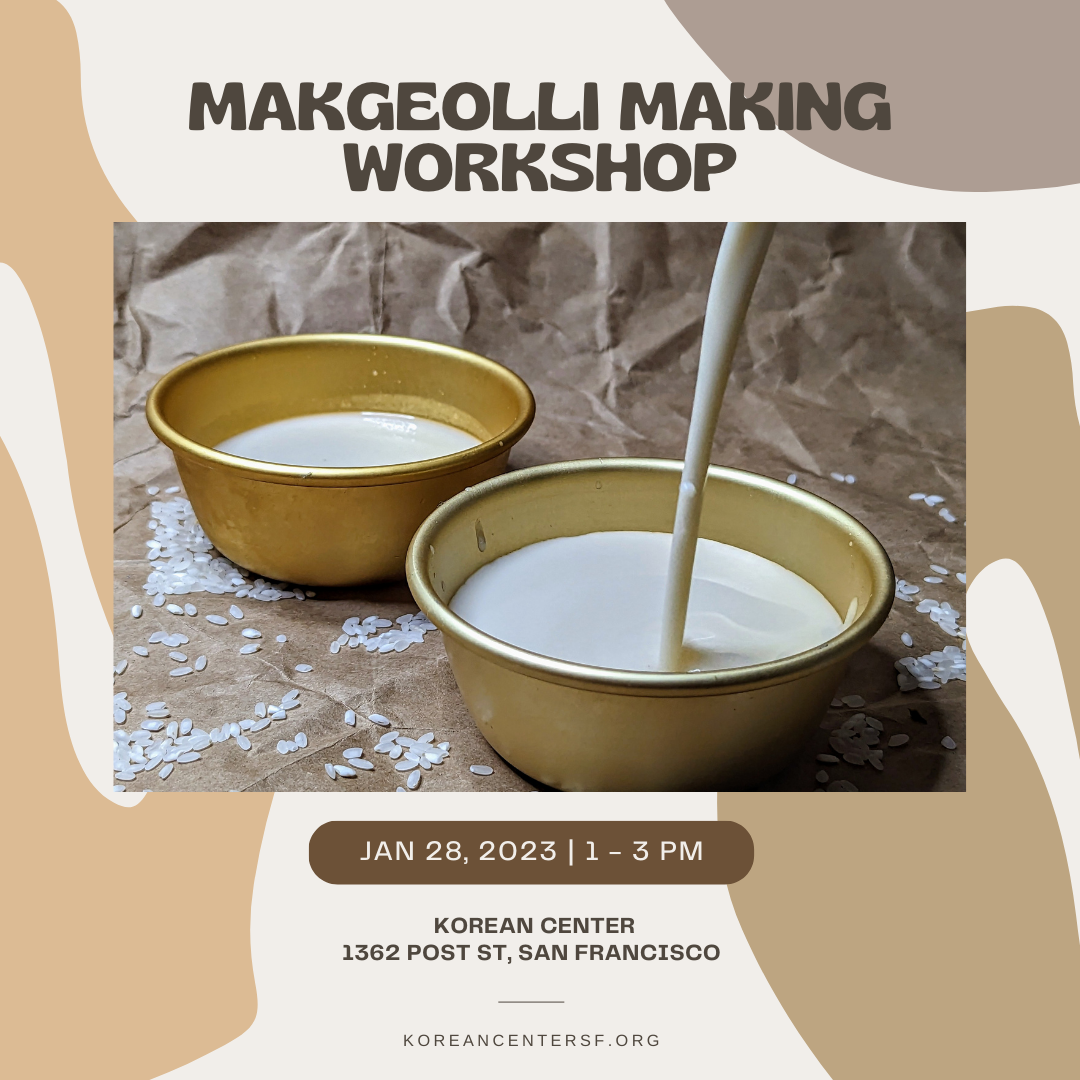 Learn the art of making “makgeolli,” the traditional Korean rice wine that’s been making a huge comeback in Korea and gaining popularity in the U.S. Not only will you learn how to make your own makgeolli, but you’ll also get to enjoy snacking on a variety of anju (dishes consumed while drinking Korean alcohol) prepared by popular local K-food chef and ambassador, Sarah Kim-Lee (check out her Instagram @sarahkim_lee).

Matthew Hable started making makgeolli when he moved to South Korea in 2018. After briefly learning the basics, he took an advanced makgeolli brewing course in Seoul for six months. When he completed the course in 2019, Matthew continued brewing and spent the next three years traveling around Korea, observing the art of making makgeolli from a diverse group of brewers. Today he is currently based in San Francisco. Matthew will teach you the basics of making makgeolli, and participants will get to bring their brews home after the workshop.